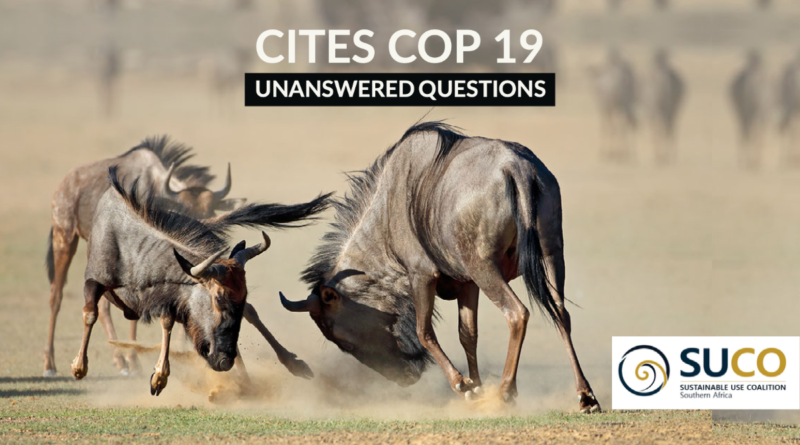 A plethora of serious African Conservation questions remain unanswered despite the fact that member states convene every after 2 years since 1975 when the Convention on the International Trade of Endangered Species of Wild Fauna and Flora (CITES) came into force.

The questions inter alia include the following:
Whose interests does CITES serve? Is it plants and animals? is it individual parties? or its certain classes of groupings or regions?

Does economic and political muscle determine which decisions are accepted or rejected in the Conference of Parties?

Why are more and more parties, particularly those considered range states for some wildlife species, threatening to withdraw from CITES?

To what extent can Big international Non-Governmental Organisations influence the decisions made at CITES?

Is it emotions and money or science and facts that inform the conservation practices, policies and laws adopted or rejected by member states?
What is the rationale behind the “one size fits all’ approach especially when it is clear that each region or country has different and varying wildlife species and population sizes?

Why do states that do not have species such as (Elephants, Rhinos and Lions) vote and dictate how states with these species should conserve them?

All the above questions expose some of the deep-seated skeletons of not only CITES but several international treaties. They point to the concept of “natural resource Sovereignty” which this article unpacks in trying to find the core of the above issues.

CITES is an international convention which regulates and moderates international trade in plants and animals to ensure such trade does not threaten their survival.

To achieve the above goal the Convention places various restrictions and requirements on legal trade in certain flora and fauna. As of June 2019, CITES regulates trade of some 30 000 plant and 5800 animal species with 183 States having signed the treaty.

The concept of sovereignty is complex and it has developed with the evolution of international relations and it had to adapt to frequent challenges arising from different sub-national, transnational and global levels.

The definition by Max Huber in 1928 in the case of Palmas Island Deal (USA vs. Netherlands) will be our starting point. Max Huber held that:

“Sovereignty in the relations between States signifies independence: Independence in regard to a portion of the globe is the right to exercise therein, to the exclusion of any other State, the functions of a State.”

This means that all States have exclusive jurisdiction to administer and control matters within their borders. The territory of a State is not only limited to the land but includes, airspace, territorial sea, exclusive economic zones and the continental shelf for coastal States.

No state or international organ may interfere in issues that are within the jurisdiction of another state. State sovereignty encompasses a lot of dimensions within a country, one of them being sovereignty over natural resources.

Sovereignty over natural resources is a complex and powerful organising principle in world politics which emerged in the post-1945 period and has been affirmed in various international legal instruments.

The scope of resource sovereignty clearly has broadened over the years to include the right to self-determination of natural resources by indigenous peoples and also to include the rights and related duties of States and peoples that are derived from the principle.

According to S. R Matsika an example of such incorporation is emulated in the Protocol Against the Illegal Exploitation of Natural Resources which was adopted in November 2006. Article 3(1) states that;

“Member States shall freely dispose of their natural resources. This right shall be exercised in the exclusive interest of the people. In no case shall a State be deprived of it”
In the International arena, the Declaration on Permanent Sovereignty over Natural Resources set out eight principles relating to the disposition and exploration of natural resources, foreign investment and other issues concerning the matter. These include the rights to:
a) possess, dispose of, explore, exploit, develop and market their natural resources;
b) manage, preserve and conserve the natural resources.

The rights derived from the above Declaration have become blurred to the unstable notion of state sovereignty in this century. Strife’s, wars, political woes and struggles have resulted in state sovereignty being abandoned, which has left the resources subject to abuse and exploitation by other people and States.

Non range states and big international non-governmental organizations influence decisions in their own favor at the exclusion and detriment of the African conservation interests.

These rights and duties are also well capsulated in the African Charter on Human and Peoples’ Rights in Article 1, provides that:
“permanent sovereignty shall be exercised in the exclusive interest of the people”.

The concept of natural resource sovereignty has clearly been torn apart through CITES at the expense of individual state Independence and the duty to represent their peoples’ exclusive interests.

It is therefore crystal clear that CITES meetings are not meant to be a game of chance where one rolls the dice willy nilly and hopes for the best score. The parties who dictate the proceedings at the CITES Cop are well-orchestrated and organised:

“with themes, issues, plans, banners, organized forces and resources ready to present, promote and persuade anyone with a modicum of influence or an active vote”.

Their messages are lobbied in all corridors of power and influence well before the Cop starts, so much so that their misguided agendas are adopted by a resounding majority vote.

The game of conservation politics and power is indeed in play in the Global arena and Africa stand up to the play and the players in order to change the status quo which tramples its natural resource sovereignty. 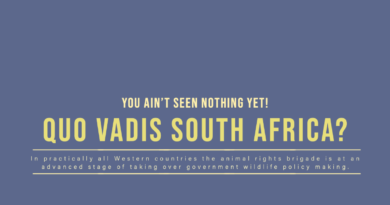 To those South African citizens and politicians who have been concerned about the  Gupta-State-Take-Over in South Africa, please be advised: 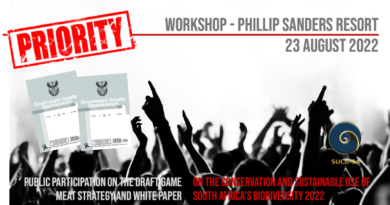 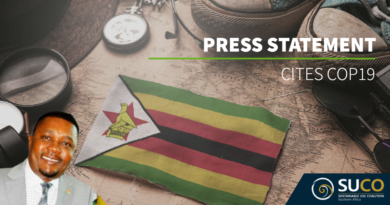 Date: 15.11.2022  Place: Panama Convention Centre, Panama City SALUTATIONS (As applicable) I believe it is a good afternoon to you

Hunting is Good for You