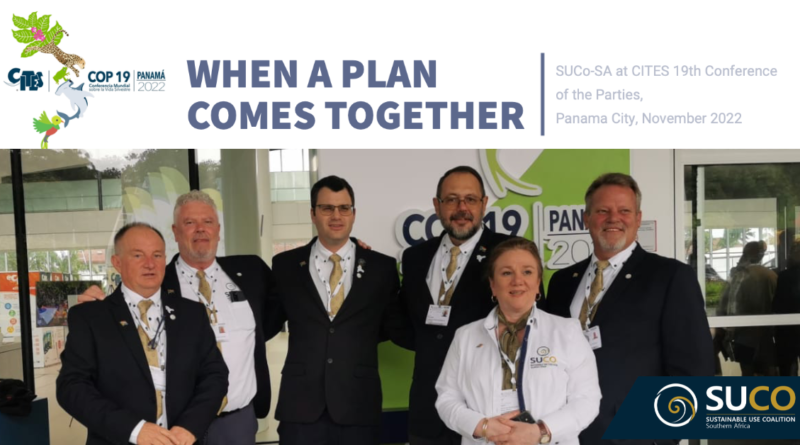 To contemplate all that has been accomplished since the formal creation of the Sustainable Use Coalition Southern Africa in May 2021 is not too easy given the threats from multiple fronts which our various constituents are facing, coupled with the speed of events in the world at the moment both locally and internationally, all of which have such critical bearing on the very issues we as SUCo-SA exist to manage and influence.

We are, rightly, very harsh on ourselves because the sector we are most beholden to defend, the Southern African Wildlife and Hunting sector, has never been as much under threat of multiple onslaughts as has been the case these past few years. The volumes of information, data, theatres of conflict, burning issues, calls for interventions, useful material which needs collating and re-issuing, relationships which need nurturing, cases which need fighting and opportunities which need embracing seem overwhelming. Sharing all this out to YOU, our members, proves daunting and could also easily result in info-fatigue and prove disheartening.

Into all of this SUCo-SA had determined that one core “thing” which we really needed to get right and maximise the opportunity of, was the CITES CoP19 due for Panama City, from 13 to 25 Nov 2022!

CITES is by no means “new territory” for the SUCo-SA leadership with many of us having varied exposure to elements of it, as far back as South Africa’s hosting of the 17th CoP in 2016 in Sandton. But one of the core points of having created this coalition, is to ensure we bat to our strengths across the skill sets offered by all our founding member associations and collectivise our efforts towards much more effective and game-changing initiatives.

We simply knew in our hearts that CITES was going to be an acid-test of the SUCo-SA concept, and boy-oh-boy did it pass with flying colours!

CITES is a BIG DEAL. As an institution of the United Nations (UN) it is the formal international convention by which all “endangered” species (except whales, which fall under the International Whaling Commission) are traded internationally (across borders). It is critical to realise that our own concerns, mostly focussed on African mega-fauna species which are often easily emotionalised and described as “iconic” or “charismatic”, constitute a tiny portion of the full listed species, terrestrial and marine, plant and animal, which CITES regulates.

One hundred and eighty-four (184) of the 195 countries in the world are Parties to CITES. CITES is here to stay, and as long as we wish for our products to be tradeable, working within it, and making it work for us, is mission critical. Over 6,000 animal species appear on its appendices for regulation.

South Africa has many industries outside of our own wildlife focussed sector which are reliant on CITES structures and protocols. Calls from segments of the Southern African Development Community (SADC) to LEAVE CITES” are sabre-retelling at best. Our main customers, the USA, EU and China are not leaving, and it would take the buying country, even more importantly, than the selling one, to leave. The world economy and diplomacy just don’t work that way.

If SUCo-SA is to achieve its Vision, CITES is a critical theatre of our operations, as will be other similar international conventions too.

We therefore devised a plan, calling together everyone we knew who could contribute to the discussions, to hit the ground running in Panama. Internally we had resources with longstanding existing knowledge, including Ron Thomson who has known CITES intimately back to its inception, those of us who attended the SA event, and some who had been to committee meetings since then and were focussed on their industry specific concerns.

We also had the connection through to the World Conservation Trust (French acronym IWMC) headed by none less than a former CITES Secretary General, Eugene Lapointe, who was fired for being “pro-trade”. The irony of this is notable, given that CITES is in essence a TRADE convention! Eugene was the core catalyst who planted the original thought of a SUCo concept into this author’s head when they were introduced by Ron at the 2016 CoP, and nobody knows the convention better than he. Access to him and his team proved beyond value to SUCo-SA.

In the end, the plan was rather simple; attend with as many delegates as we could reasonably fund, learn as much as possible, build strategic relationships, and give the CITES world a sense that we are here, and we aim to be affective.

Although the Parrot Breeders are not (yet) formal SUCo-SA members, their regular CITES representative has tremendous first-hand knowledge, and was seconded into our collective planning.

Writer’s son, who had done various project work for IWMC, belatedly was included in the IWMC delegation and as he is SA based, he too was drawn into the planning discussions.

In the end, a SUCo-SA+ delegation, together with an able home support team prepared everything from logistics and branding to strategy and implementation. And it worked!

Susan Swart, who very ably managed our logistics, put us together with IWMC delegates in an appropriate facility, enabling our SA force to collaborate with, and be drawn into a much wider international pro-sustainable use formation, sharing resources and building relationships which have tremendously elevated our vision and potential.

These two weeks have possibly been the best news for our cause in a decade or more, and we firmly believe that our newfound friends will benefit as much from our emergence as we have from their long-standing experience.

And we were certainly noticed! As stated earlier, CITES is big; 3,500 delegates register, and two halls, each capable of hosting the entire complement of attendees, run parallel meetings for the bulk of the time, in two committees. The whole lot begins, and then again ends, with plenary sessions where everyone attends together, with the final plenary ratifying any core business and amending any of the appendices which so influence our lives.

One absolutely needs to have resources everywhere. There are hundreds of able and well-funded NGOs, constantly lobbying their interests and working the party representatives. It is fair to say that “blocks of the world” have been bought and captured and sing the tune of their paymasters from the animal-rightist and anti-use brigade. Opportunities to speak (make an intervention) are rare, and we need to have people everywhere to seize these. Legitimacy comes from branding, consistency, quality of input and support from other recognised entities.

SUCo-SA was very quickly a central element of a much larger collective of fantastic NGOs, representing multiple causes across the globe where wealthy elites would take the food from the mouths of the poor, the local, the able and notably the successful users of biodiversity. We take as a compliment a core statement in the report back of a staunch “anti-trade NGO” the Environmental Protection Agency which wrote:

The pro-trade lobby at CoP19, especially pro-lethal trade, was large, exceptionally well-coordinated and organised. It made its presence and views known at many side events, made several interventions and lobbied Parties extensively. This was especially the case with the Southern African countries, where there is strong support to resume the ivory trade.”

We thank them for this gracious acknowledgement of our efforts!

An “almost disaster” occurred when an initiative sprung forward which nearly would have seen a total moratorium on leopard hunting quotas, globally. It was approved by 64% of parties, but just failed the required 2/3 majority. THIS is the fine line on which our issues lie. Our international common cause will become our strength in future, because we face a massive, devious and unscrupulous enemy.

Our SUCo-SA coalition seems rather unique, but it certainly was seen to be the right next thing, and the contacts we have made there will exponentially increase our effectiveness as we take on the full role of working CITES, not just at a CoP every three years, but now as part of the full, inter-sessional work-stream, including animal and plant committees, standing committee and working groups.

We will become intimately involved in the workings of CITES, and we will sway the beast back onto its correct path, enabling our own wildlife sector as well as the sectors of our newfound global allies.

Members of the founding associations of SUCo-SA can take heart that your leaders have created exactly the right model to look after your interests and will, with your support and encouragement, expand our capacity to make meaningful impact.

We cannot defend our cause as part-time amateurs, with knee-jerk reactions to sporadic threats. We need to take the fight to the other side, and we need to up our game even more.

Panama 2022 showed us what we as SUCo-SA are capable of. We are the essential “stitch in time”. 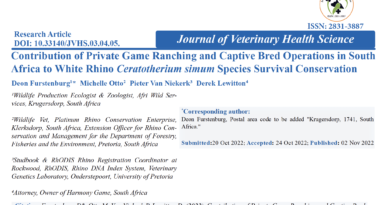 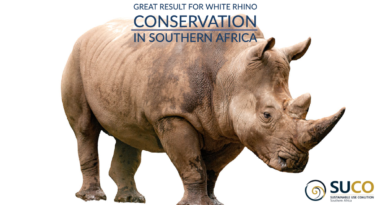 21 November 2022, Panama City – Namibia and Botswana tabled a proposal (CoP19 Prop. 2) for consideration of proposals for 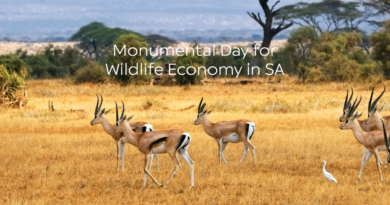 Press Release_10Nov2022[1] For the PDF version click link above